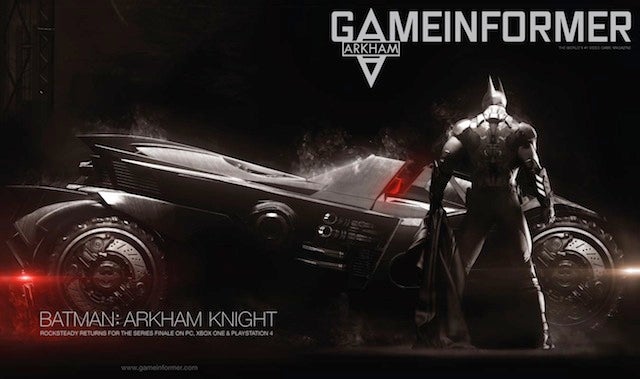 That cacophony of noise you just heard from every rooftop of the Internet was every fan of the Dark Knight shouting for joy.

After defining how the superhero video game should be made with Batman: Arkham Asylum in 2009 and then seemingly pulling out all the stops by inviting all of Gotham’s most notorious hoodlums to come out to play in the stellar sequel Arkham City, Rocksteady Studios has announced that they will be catapulting the Caped Crusader once more to new heights with Arkham Knight . While WB Montreal gave it their all when filling in last year with Arkham Origins, by all accounts that third installment of the series fumbled at delivering the sheer spectacle and raw enjoyment that its predecessors unleashed at their release. So this news of Rocksteady coming back to finish the series properly is sure to light up the eyes of every aspiring Great Detective out there.

Check out the official trailer here:

Word on the street is that Scarecrow will be the main villain in this fourth and final chapter of the Arkham game series, and that pre-ordering yourself a copy will snag you DLC that allows you to play as Harley Quinn.

As stunning as this trailer looks with its lovely, probably prerendered PC, PS4, and/or XBox One graphics, the only thing this avid fan wants to know is who is wielding the pen for the script, and who is going to be playing Ole Bats this time.  Origins was… shall we say, an admirable experiment in turning the Batmobile loose, but there is no debate that getting Paul Dini back in the driver’s seat and Kevin Conroy back in that cowl is what the series needs to get Batman back on top. If the old gang is indeed getting back together again for one last showstopping hurrah, the other burning question on everyone’s minds will be whether or not Mark Hamill will return to reclaim his mantle as the Clown Prince of Crime. The Joker might not have been dealt yet in any of the press releases for this game, but given the series’ history, omitting him from the plot entirely would be its only major surprise. Hamill has gone on record before saying that he’s had enough with playing the killer funnyman, but considering the buzz about him bringing order to the Force once more by reprising the role of Luke Skywalker in the next Star Wars of all things, let’s count this highly unlikely that he has had his last laugh.

Don’t get TOO crazy waiting for me to show up, Bats!