I was sad when I heard that Containment wouldn’t get a second season, but I’m excited to hear that two of the show’s stars will be sticking around on The CW. 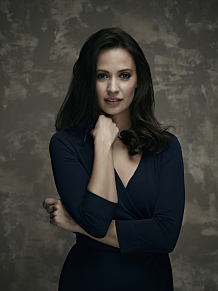 Kristen Gutoskie and Christina Moses will be sticking with Julie Plec next season and according to Deadline, Gutoskie has nabbed a recurring role on The Vampire Diaries and Moses is joining the cast of The Originals.

Gutoskie will play a nurturing nanny of two kids. By day Seline is taking care of the kids, but at night she’s trying to find her place in a dangerous world.

Just as Gutoskie has fought hard to save the ones she loves on Containment, Deadline says she desperately tries to protect her loved ones on TVD too. 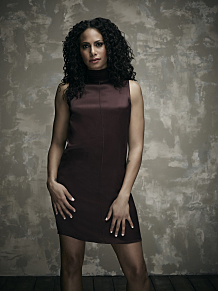 Moses has also taken on a similar role to her Containment character. She will play “a smart, strong resourceful ER doctor,” Deadline reported. She’s certainly very smart, strong and resourceful on Containment. If I was trapped in the Cordon, I would want to be trapped with her.

In The Originals she will play Keelin, the last living werewolf of her line. She’s been in hiding since her family was hunted to extinction, but she’s about to collide with the Mikaelsons.

I’m excited to see these two ladies joining TVD and The Originals this Fall on The CW! The Doctor Is Coming To Comic-Con!